Association football, commonly known as football or soccer, is the world’s most popular sport. Played by approximately 250 million players in over 200 countries and dependencies, it’s governed by 17 football rules known as the Laws of the Game. The same Laws of the Game apply for all football around the world, from the FIFA World Cup finals to a grassroots game in a remote village.

Among others, the football rules cover the number of players a team should have, the game length, the size of the field and ball, the type and nature of fouls that referees may penalise, the offside law, and many other soccer regulations. During a match, it is the task of the referee to interpret and enforce the Laws of the Game.  These soccer regulations are published by Federation of Association Football (FIFA), but are maintained by the International Football Association Board (IFAB). The Laws of the Game allow national football associations to make minor variations, including some at the lowest levels. Otherwise almost all organised football worldwide is played under the same ruleset.

The integrity of football rules, and the referees who apply them, must always be protected and respected. A crucial foundation of soccer is its fairness and especially coaches and team captains, have a clear responsibility to respect the match officials and the Laws of the Game. 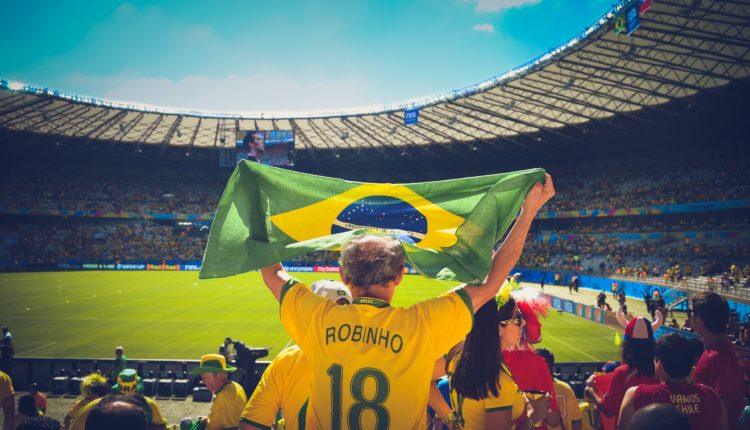 Football in its current form originated in England in the middle of the 19th century. But alternative versions of team games inlvolving a ball existed much earlier and are a part of the football history. Starting with Mesoamerican cultures over 3,000 years ago, followed by a chinese game called Cuju and a military exercise called Tsu’ Chu in the second and third century BC, and later varieties in Egypt with Ancient Greece.

Most sources suggest that the sport was first introduced in England as early as 1170. The game’s appeal grew in England so much so that in the 1300s, Edward II banned it, so that people were not distracted from practising archery, at a time when he was preparing to go to war with Scotland. Nevertheless, football re-emerged and continued to increase in popularity. Particularly among working classes, who used it to channel their grievances and socialise. However, football rules were limited and the pitch often became violent. It was acceptable to beat opposing team players including destroying their properties and as many as 1000 people played at any time.

Eventually, football’s appeal transcended the class divisions. During the 18th century it became extremely popular at public schools, which provided the context for specific football rules. An 1848 meeting at Cambridge drew up soccer regulations outlining goal kicks, throw ins and goalies’ rights, all of which are still included today. These first Laws of the Game paved the way for the rise of football club teams and national and international games and championships.

Football clubs have existed since the 15th century, but unorganized and without official status. Some historians suggest that the first club was the Foot-Ball Club formed in 1824 in Edinburgh and the oldest professional football clubs is the English club Notts County formed in 1862.

Finally, in 1885 professional soccer was legalized and three years later the Football League was established. During the first season, 12 clubs joined the league. Soon after, other competitions followed, with Football Association Challenge Cup in 1871 and the first international tournament in 1883. The Fédération Internationale de Football Association (FIFA) was founded in 1904 and since then contributed greatly to the development of football rules. 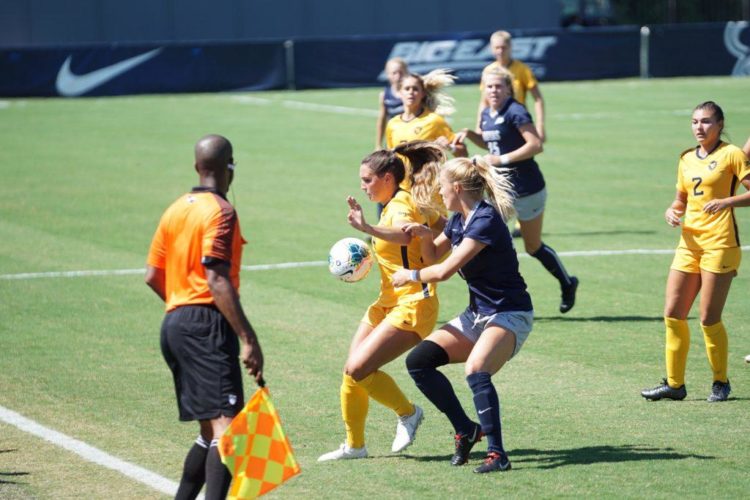 The 2016/17 revision of the football rules started the most far-reaching and comprehensive period of changes in the Laws of the Game in the IFAB’s history. The aim was to make the Laws clearer and ensure they reflect the needs of the modern game at all levels. Furthermore, following IFAB’s Play Fair strategy, one of the long term goals is to improve the game’s attractiveness and the levels of behaviour.

Video assistant referees and other changes

It took several years of debate to see if technology could assist decision-making without destroying the game’s appeal full of action and emotion. Finally, the first VAR match took place in New Jersey, NY, the USA on 12th August 2016. Only 23 months later, VARs were being used in the 2018 FIFA World Cup™ final in Moscow, leading to the biggest revolution in professional football for more than a century.

VARs will never solve all disputes, since football rules do not resolve all conflicts and many decisions stay subjective. However, their adoption demonstrates that football believes that VARs bring greater fairness and improved player behaviour.

Without doubts, the changes of football rules in 2019/20 have positively affected the game, its image and speed:

Except for the COVID-19 modifications, football rules have experienced only minor changes for the 2020/21 season.

Laws of the game by IFAB

The football rules used in England and the other Home Nations of the United Kingdom, Scotland, Wales and Ireland, presented historically minor differences. Thus, before playing, teams from different countries had to agree to which country’s Laws of the Game were used. These variations led to the creation of the IFAB (International Football Association Board). In short, the main goal of IFAB is to oversee the football rules for all the home nations. Their first meeting was held in 1886. 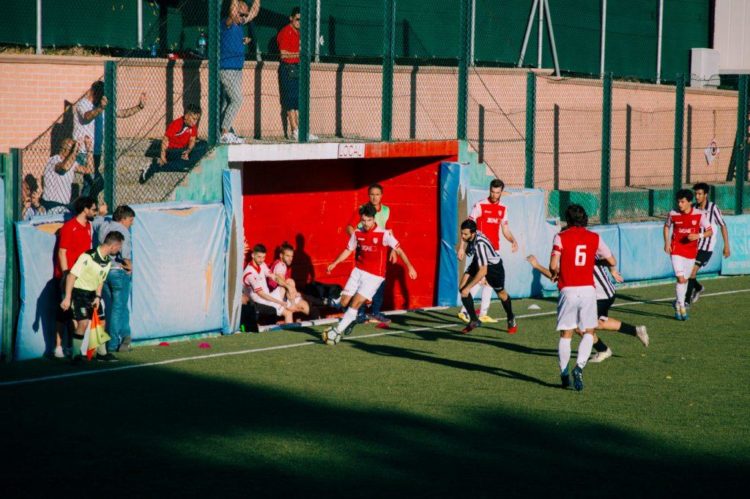 FIFA (Federation of International Football Associations) is football’s governing body worldwide. The federation is primarily known for organising the FIFA World Cup every four years. Nevertheless, its biggest responsibility is for the regulation, promotion and development of football at international level.

When FIFA was founded in Paris in 1904, it immediately declared that it would adhere to the football rules laid down by the IFAB. The growing popularity of the international game caused FIFA representatives to be admitted to the IFAB in 1913. Nowadays, the IFAB consists of four representatives of FIFA and one each from the national associations of England, Scotland, Wales and Northern Ireland. Up until 1958, it was possible for the British associations to impose changes against the wishes of FIFA. This changed with the current voting system whereby FIFA’s support is necessary, but not sufficient, for any amendment to pass.

At the moment, all football played at official level must follow the Laws of the Game set by FIFA. The football rules and regulations are decided by the International Football Association Board (IFAB) and reviewed on an annual basis.

Furthermore, FIFA sets the international fixture calendar which. This means FIFA and UEFA dates are the first in the fixture calendar, followed by other domestic league football, such as the FA Cup and then the League Cup. Only after those dates have been fixed, the Premier League can proceed with its fixtures.

The FA (Football Association) is the national governing body for football in England. The FA is responsible for sanctioning competition Rule Books, including the Premier League’s, which submits its football rules to the FA for approval. The Football Association also regulates on and off-field matters. In consequence, the FA makes sure that the soccer regulations are observed by officials, club and players off the pitch as well as on it.

How to play football – soccer gameplay

Football is a team sport played with a spherical ball between two teams of eleven players each. The game is played on a rectangular pitch with a goal at each end. Ultimately, he objective of the game is to outscore the opposition by moving the ball beyond the opposing goal line. The team with the higher number of goals wins the game. Nevertheless, if both teams have scored an equal number of goals, either a draw is declared or the game goes into extra time or a penalty shootout depending on the format of the competition. Compared to other sports, most football matches produce only a few goals.

The Laws of the Game do not specify any player positions or roles other than goalkeeper and captain, who has the responsibility, as mandated by the football rules, to represent the team in the coin toss prior to kick-off or penalty kicks. Nonetheless, a number of specialised roles have evolved. Broadly, these include three main categories: strikers, or forwards; defenders; and midfielders.

As defined in the football rules, players are not allowed to touch the ball with hands or arms while it is in play, except for the goalkeepers within the penalty area. Players mainly use their feet to strike or pass the ball, though they may also use other parts of their body. 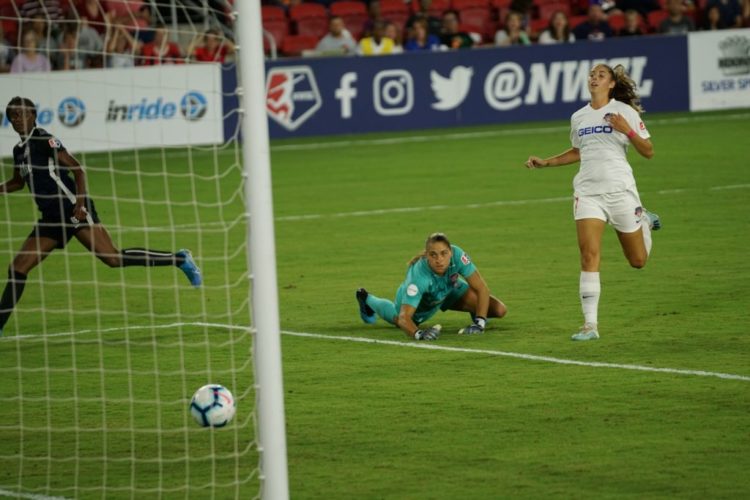 1. The Field of Play
2. The Ball
3. The Players
4. The Players’ Equipment
5. The Referee
6. The Other Match Officials
7. The Duration of the Match
8. The Start and Restart of Play – Covers the kick-off and dropped-ball, other methods of restarting play are covered in other laws.
9. The Ball In and Out of Play
10. Determining the Outcome of a Match
11. Offside
12. Fouls and Misconduct
13. Free Kicks
14. The Penalty Kick
15. The Throw-in
16. The Goal Kick
17. The Corner Kick 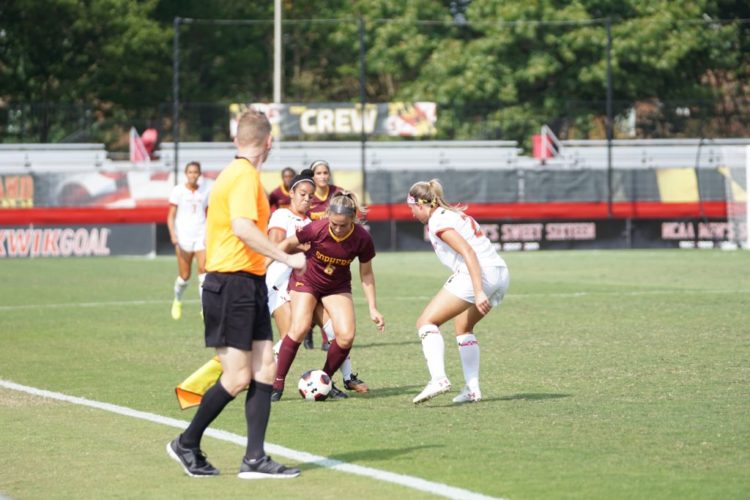 The future of football rules

The previously mentioned IFAB’s Play Fair strategy was established for the 2017-22 period in order to examine and consider how proposed changes to the football rules can benefit the game. Its main focus goes into 3 areas:

Universality and inclusion – Will the change benefit football globally at all levels? Furthermore, will it encourage more people to take part in and enjoy football?

The growth of technology – Will the proposed technological advancements have a positive impact on the game?

By focussing on fairness, universality and technology, the IFAB aims to develop the Laws of the Game in order to promote a better game on every football field in every part of the world. Changes undertaken in football rules in recent years have begun to make a major contribution to increasing playing time, fairness and the attractiveness of the game. Furthermore, the impact of VARs is also expected to have a positive impact on player behaviour. All this will make the game even more enjoyable to play, watch and referee.

During 2020/21, the IFAB, plans on further reviewing the football rules, including player behaviour and potentially enhancing the role of the captain.